S D Jain School organised a Science Exhibition with the theme "Role of Science and Technology in Making India" on 30th of June 2019. The event saw young enthusiastic participants who put up 72 participatory exhibits comprising of innovative working models and investigation based projects. 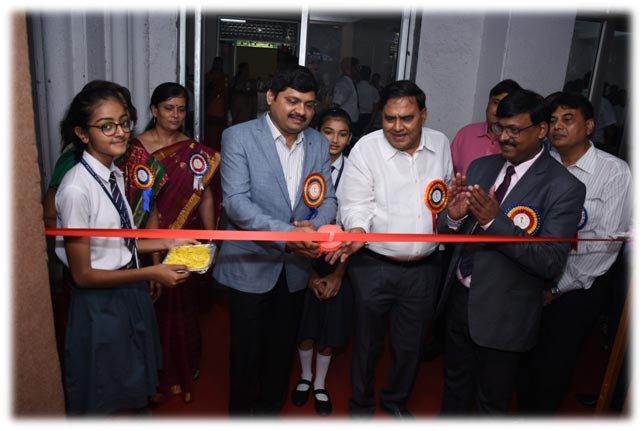 Distinct venues were allotted for the different subjects for the displays of projects made by the students. As one entered the Reception area itself, one could feel the pulse and the magnitude of the event! The entire school was abuzz with activity. The programme was inaugurated by Honourable Mr. A. M. Parmar, Assistant commissioner of Police. He was very impressed by the presentations and congratulated the participants.

The exhibits were indeed eye openers on various topics related to Innovation in science and technology especially for under privileged and its role in improving life of people living in remote areas, Latest development in space Research in India and New Strategies for Garbage Disposal to make India clean reflected our honourable Prime Minister’s vision of developed India. Many parents decided to adopt the method of the working model exhibited. Similarly innovations in food production and food security and new strategies for sports earned special applause.

Research oriented sharing and learning of traditions and cultures of Indian tribes unearthed many facts to sensitise the community at large.

Digital, acoustically switching on and switching of the lights and other electrical appliances, etc were special attraction to promote scientific attitude among budding young students and the invitees.

The team of judges comprising team of parents, teachers and social activists gave their judgement after inspecting each project on their own merit. The best 15 Working Models were presented with certificates and mementos. The judges applauded the students for their novel ideas which would help the world to become a much better place to live in. The Chairman , Paras Education Trust , Shri Kailashji Jain thanked all the participating teams for making this event a success and appreciated their novel projects. He also summed up the true essence of this exhibition by saying science gives us immense power but it must be used judiciously and with utmost care. 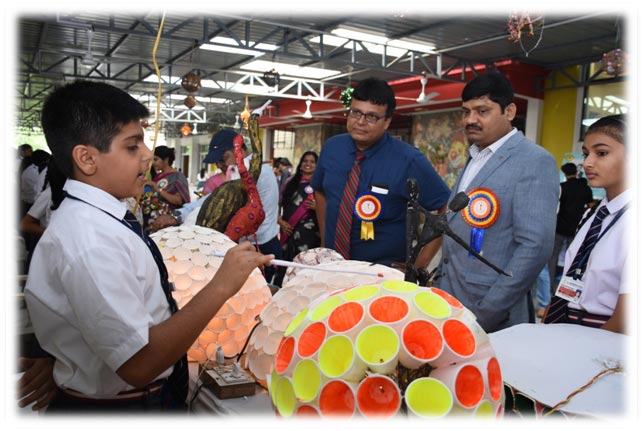 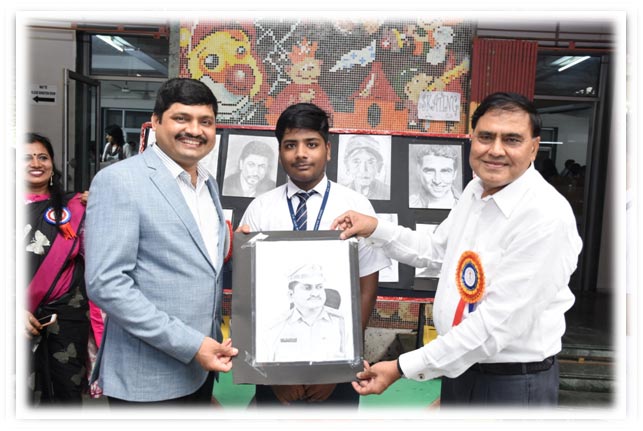 Collection of Blood units is initiated every year by arranging a Mega Blood Donation Camp in our school. This is simply because there is a huge requirement of blood but the availability of blood is scarce. Healthy parents and teachers flock in huge numbers to participate in this unique Blood Donation camp. The camp is indeed unique because it has been successfully organized for the past 9 years. The atmosphere during the camp is festive and everybody experiences the Joy of Giving.

The Trustee, Paras Education Trust, Mrs. Usha Jain profusely thanked parents and teachers for their initiative for donating blood and saving lives of poor and needy. While congratulating budding scientists, the Principal said,” Science has become an integral part of the modern world without which the whole societal structure risks collapse. A science exhibition being an interface of science and society contribute towards creating awareness about science as well as creating enthusiasm in students.” 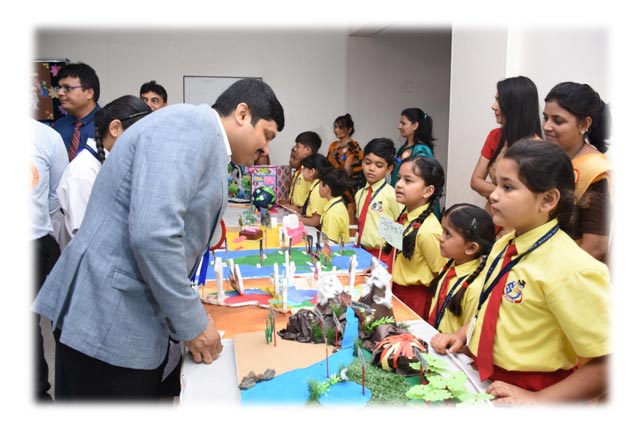 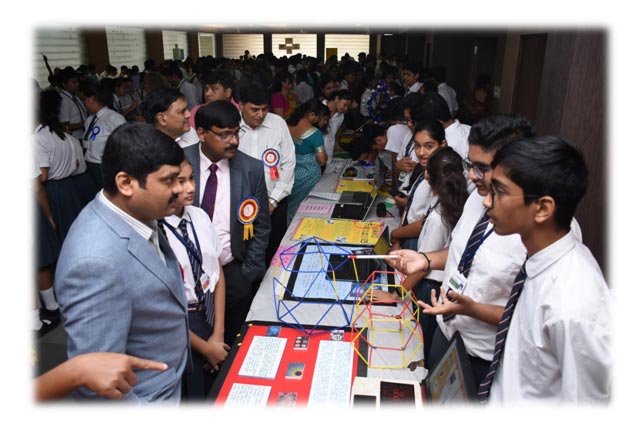