On December 23 and 24 the Annual Day Function was held from 6:00 PM in the SDJ Sports Academy, Vesu,Surat. The Chief Guest for the function was Shri C. R. Patil, Member of Parliament while eminent personalities from the city were among other dignitaries. Smt. Sangita Patil MLA and Zankhanaben, MLA were the special attraction of the function.

The function was formally started after a convocation to Lord Ganesh . Different cultural items were presented on the stage. Each and every item presented was the result of the hard work put up to make it perfect by the student participants and the teachers. The Tanaji and Bahubali dance became an instant hit and band with western fusion got a ‘once more’. The brilliant students in academics, sports and co-curricular activities were presented with awards and cash prizes. Awards were also given by the Chief Guest to the meritorious students in the Board Examinations.

The Chief Guest in his address could not conceal his happiness to be amongst the students and remarked the programme as “ Star Performance “. The principal thanked the students profusely for presenting extra ordinary performance. With national anthem the function came to an end but the memories of the same will be fresh in our mind for many days to come. 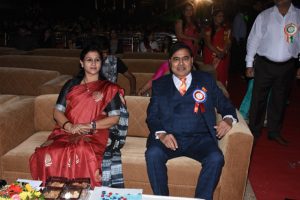 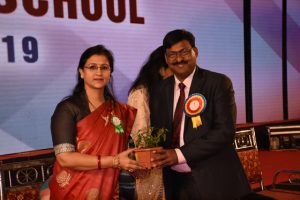 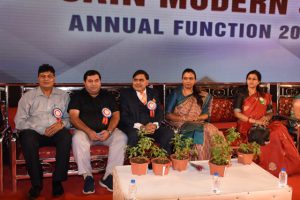 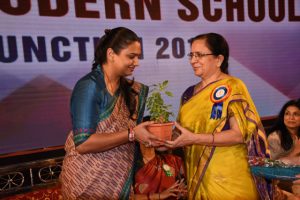 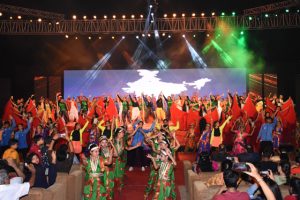 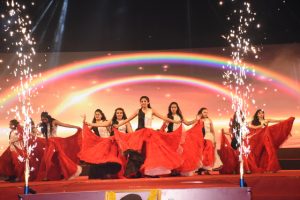 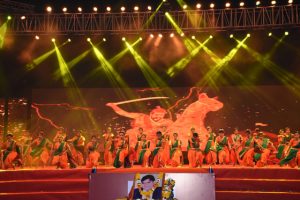 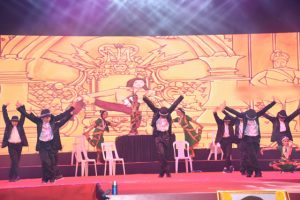 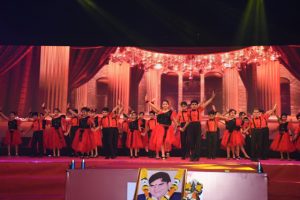 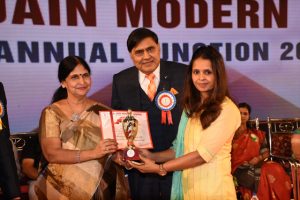 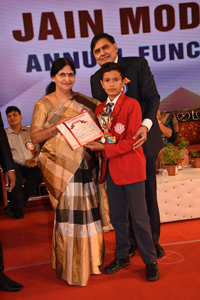 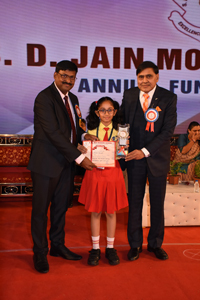